Muscles in the shoulder girdle were the cause of pain

A study in Clinical Orthopaedics & Related Research [468(10):2678-89], reports that over time the function of the shoulder deteriorates in a significant number of patients who underwent rotator cuff repair, despite continued pain relief in many of the same patients.  The study found that even if greater function was achieved in the months directly following surgery, both strength and range of motion decreased to less than preoperative values even though pain was alleviated. 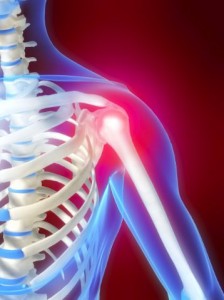 I treated a 60 year old man with a diagnosis of rotator cuff tear. Because of severe shoulder pain and restriction of movement in his shoulder, he was unable to brush his teeth, hold utensils to eat, or comb his hair. He was scheduled for surgery to repair his rotator cuff. He was found on examination to have six muscles in his shoulder girdle that were causing his pain.

These muscles were injected over the course of 3 weeks and following each injection a physical therapy protocol was used that restored his range of motion. His pain was eliminated. His surgery was cancelled. He remained pain free for the two years that he was followed.

In view of the findings reported in the paper and my results with this patient and others diagnosed with shoulder pain from rotator cuff tear or impingement syndrome, it is important to evaluate muscles as a source of pain and function impairment prior to performing surgical repair.