Back pain relief achieved when soft tissue was addressed

Oliver is an 84-year-old publisher who came to see me for pain in the middle of his low back, which sometimes radiated to his right hip and down his right thigh.  He described this pain as an intermittent aching, stabbing, shooting sensation, made worse by sitting for more than 30 minutes, standing for more than 15 minutes, and walking.  His pain made it difficult for him to stand erect.  Though his pain began 8 years before he came to see me, it was exacerbated by an automobile accident 5 years prior to treatment.  He had been to a physical therapist and a neurologist, and was diagnosed with postpolio syndrome.  Imaging studies revealed severe degenerative changes throughout the lumbar spine. 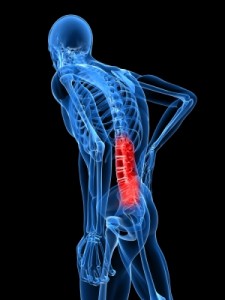 His physical examination revealed that although he had adequate strength in his trunk and no trigger points, his hamstrings were very tight and he had atrophied muscles in his lower extremities. I suggested that he learn the exercises that were created at the Columbia University School of Medicine in the early 1960s by my mentor Hans Kraus.  These exercises were later given at the YMCA to over 300,000 people with an 80% success rate in diminishing or eliminating low back pain.  The exercises are created to produce relaxation, limbering, stretching and strengthening of key postural muscles.  Oliver also began to gradually increase the amount of walking he did each day until he reached 2-3 miles.

By addressing the deconditioned muscles in his legs, buttocks and low back, Oliver was able to find relief for the discomfort in his low back, and stand erect.  Even with a diagnosis of Post-polio syndrome and  imaging studies showing degenerative changes in his spine, Oliver found relief when the soft tissue component of his pain was addressed.