The Start of Baseball Season

The baseball season just opened and already players are calling off their first few games due to “tweaked knees” and “sore backs”. As the sun is starting to come out, and the snow is (FINALLY!) melting, many of us are anxious to get outside and start playing sports again. However, this is also a time where pain can start rearing its ugly head. Many people forget to limber and stretch properly before AND after playing sports, causing strains and sprains of muscles. 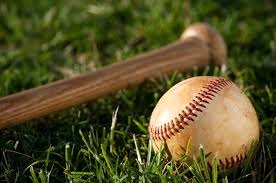 So keep in mind these important tips to get moving again this spring:

Stiffness is an important aspect of muscle pain

I recently saw George, a 48-year-old man, who suffered from pain, described as soreness in the thighs, neck, shoulders and arms, and tingling in his calves and shin. Sitting for more than two hours or sitting for more than 20 minutes would cause an increase in his pain.  Bending over also brought on his pain.

George had tried physical therapy on multiple occasions, and saw two neurologists, who could not find anything that would explain his pain.

When I examined him, I found him to be strong but very stiff. When he bent over, he was able to reach within 14 inches of the floor. When he lied on his back and lifted one leg up at a time, he was able to reach only 57 degrees (85 75 degrees is normal). Because he was so stiff, I decided to start a course of exercises that would help increase his range of motion.

Over the next few weeks, George learned all 21 of the Kraus-Marcus exercises, which he was advised to do every day. As he did the exercises, he noticed that his pain level was decreasing and wasn’t occurring as often as usual. When he was taught the last 7 exercises, he was able to bend over to within 9 inches of the floor, and could lift each leg to 80 degrees.

A month later, George reports a 90% decrease in his overall pain.  Sometimes we find that starting with the most conservative of treatments can prevent us from performing more costly and dangerous treatments. Very often, stiffness is an important aspect of one’s pain that can easily be found and treated!