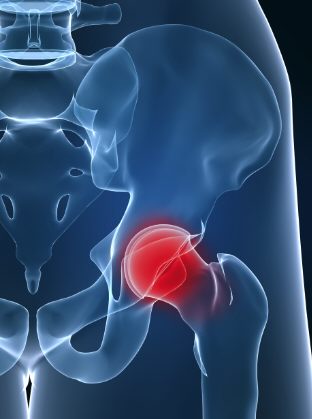 Considering the possible effects of central sensitization may affect the treatment plan (and in turn the outcome) for a patient in pain.

For example, take someone who injured a joint – let’s say a hip – which led to osteoarthritis and in addition diffuse, widespread hyperalgesia (increased sensitivity to pain). Sometimes when a patient is in pain for a long period of time, we concentrate on the widespread pain rather than the original pain generator, the hip. These patients may be diagnosed with fibromyalgia because of their widespread pain, with treatment concentrated on that diagnosis. If the hip is treated (for example, a hip replacement), the widespread pain may resolve. This was demonstrated in a recent article, published in May 2013, that studied 40 patients. Patients who received hip replacements had normalization of their increased sensitivity  and elimination of their widespread pain. (http://www.ncbi.nlm.nih.gov/pubmed/23400951)

Let’s take a look at a contrasting scenario in my next blog.