Sometimes the pain isn’t coming from where you think

I recently saw Fred, a 30 year old male, who complained of significant neck pain and shoulder pain. The pain on his left side was much greater than on the right. He tried several chiropractic treatments, massage, physical therapy, acupuncture, and exercises without relief of his pain. 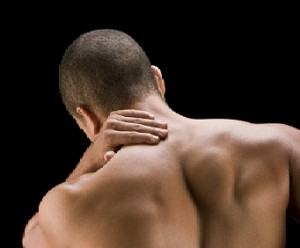 When I first examined Fred, I found two muscles that were painful, his anterior and medial scalenes on both sides. The scalenes are muscles that go from the side of the neck down to the 1st rib as it sits under the clavicle (collarbone). Since he complained mostly of pain on his left neck and shoulder, I injected his left scalenes, followed by 3 days of physical therapy (which included neuromuscular electrical stimulation and gentle, limbering exercises). Fred claimed that the pain on the left subsided, but he noticed that the right side was now more painful. So, the following week, he had his right scalenes treated (with injections into the muscle, followed by 3 days of physical therapy). Fred reported a significant decrease in his overall pain, and reported only soreness at the injection sites.

I followed up with Fred approximately one month later. He reported to me that his overall pain level continued to stay low, but he noticed that when he looked up, he felt tightness on the left side of his neck.  When I examined him, I found two muscles to be contributing to his pain, the Serratus Anterior and the Subscapularis. These muscles are in his shoulder. He was very shocked to learn that tightness in his neck was caused by muscles in his shoulder!!

Once these muscles were treated, he reported that the tightness in his neck was released. Sometimes we have to look for muscles contributing to pain in areas other than where you may be feeling it. This is called referred pain. If I had continued to treat muscles in Fred’s neck, he may never have had relief!